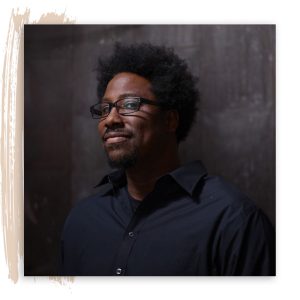 So, who exactly is Bill? Where does he live and what does he do? What are his likes and dislikes? Well, I can say this much. I have encountered Bill in many different places and within many different discussions. I have even seen him in magazine articles, television interviews, networking events, speaking conferences, etc. You name it and Bill is there. So, who is he you ask? Well, despite Bill’s many forms, he is most often the middle to late-aged male whose insecurities are conspicuously evident as his masculinity, both of which are tightly woven right into the fabric of his sleeve. Bill, of course doesn’t know this. However, when even the slightest bit of depth lingers its way into a conversation about hair care or cosmetics, Bill is the very first in the room to make a passive yet revealing comment about his own appearance. This comment is more than likely disguised in humor and some form of quasi self-acceptance. Humorous, yes, but far from self-accepting. And the minute you hear this comment, you immediately know Bill has sadly missed the stop on any degree of insight or self-reflection.

Allow me to demonstrate.

ME: “I am cofounding a professional hair product company with my wife.”

BILL: While looking to the ground, smiling superficially, and pointing to his hair (or lack of hair) “You’re investing in hair products? Ha! I’ve always shopped at Walmart and get $3.99 shampoo/conditioner in one. Three seconds later… So, let me tell you about my startup…”

Let’s get real. Bill says this with a false confidence and using humor to mask his insecurities. But even more troubling, is that Bill has made the mistake of thinking (and creating the illusion to others) that he is somehow a unique force of nature that opposes the innate, psychological, and biological desire to be attractive to others. So, let’s talk about this word “attractive” because far too often people automatically assume its referencing one’s physical appearance. The reality is that couldn’t be further from the truth.

The desire to be attractive stems far deeper into our mammalian ancestry than many would ever acknowledge or give any credit to. Hence, Darwin’s theory on sexual selection. But here, now, in the 21st century, attraction takes form in countless ways that typically fly under the radar of most people, particularly the Bill’s in the world. For instance:

If so, then you have sought a desire to achieve an attraction. And instead of downplaying these desires, they should be recognized and practiced through self-confidence and self-acceptance. If one wants to improve their test scores, they may hire a tutor. If one desires to perform better at a competitive sport, they may work with a coach. And if one seeks attraction through personal appearance and thus, self-confidence, then they may utilize a variety of cosmetics and hair products.

And so, to all the Bills in the world, I challenge you to dismiss your dismissal of desiring attraction. Whether you have a full head of hair or struggling to retain the remaining few strands that are perched upon your scalp, heathier ingredients help lead a healthier life.

Be confident. Be you.